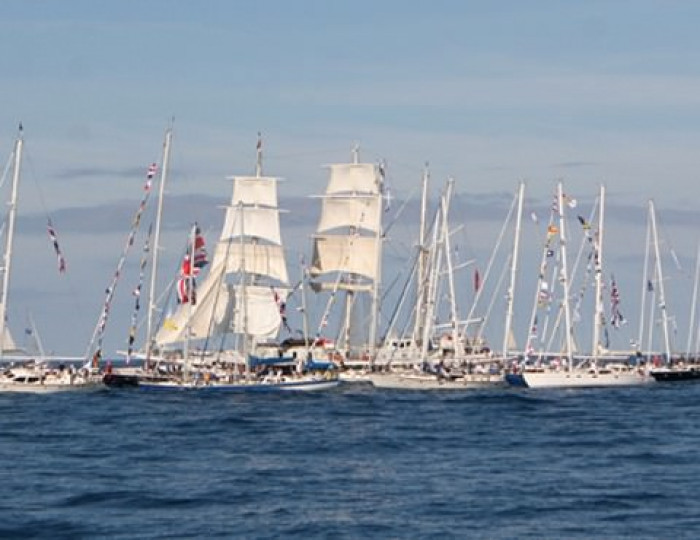 Late October saw 28 individual Oysters, the vast majority from the drawing boards of Humphreys Yacht Design, joining together in the Bay of Cadiz for a four-day regatta to mark the 200th Anniversary of the Battle of Trafalgar. Two days of racing were followed by a rendezvous at the exact battle site – 12 miles into the Atlantic – at the exact time and date of the epic confrontation, where the Oyster fleet was joined by Jubilee Sailing Trust’s Lord Nelson sail training ship and Gipsy Moth IV. The day was marked by flat seas and the lightest of breezes

On-shore activities during the meeting were equally memorable, with visits to the Castle of San Marcos and Bodega Terry just some of the events that were organised, plus a black tie dinner on Trafalgar Night itself and a golf match at the world-ranked Montecastillo course in Jerez.