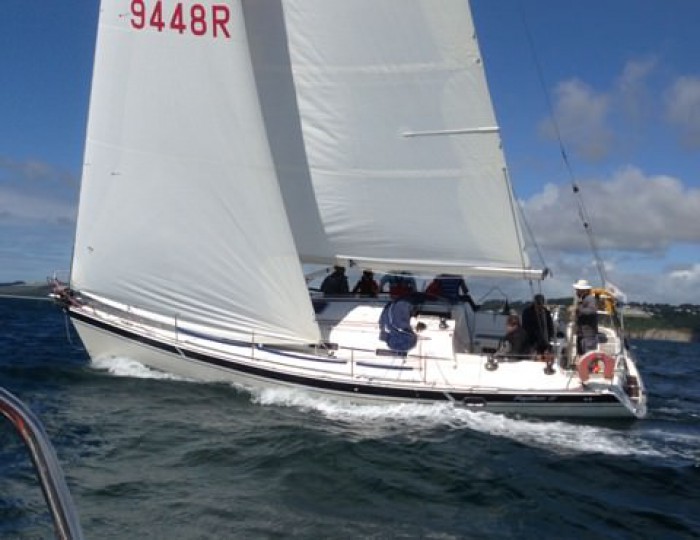 A new venture for Royal Dart and Elan Yachts.

Like all ideas, it’s difficult to pinpoint who, when and where they came from. If it’s a good idea everyone wants the credit, while memories can be particularly short for exactly who came up with the failures. But if J-Boats and X-Yachts can do it, why not the growing Elan fleet?

Since Rob Humphreys designed the Elan 295, the first of a new range of yachts for Elan in 1994, there have been a succession of racing designs which a number of RDYC members have found combines racing performance with a comfortable yacht. With such a good number of Elans sailing at Dartmouth, the Royal Dart

Yacht Club seemed a natural place to try the idea of an Elan Trophy.With the sponsorship of our local Elan dealer, Yachts of Dartmouth, 9 boats came out to race on August 17th with just two visitors in testing conditions of 20 gusting 30 knots on a triangle-sausage course set to the west of the river mouth. There were few on Blackpool Sands to witness the close racing as the four larger boats enjoyed one close competition and the four smaller boats contested their own match, with one Elan 210 deciding on discretion. A short Windward-Leeward race followed before everyone scuttled for cover as the promised front came in. An excellent dinner in the Quarterdeck warmed and dried everyone.

The following day Dartmouth-on-Arctic was transported to the Mediterranean as bright sunshine misleadingly greeted the fleet into a 15-20 knot breeze with a frequent shifts. The planned coastal style race was replaced by the postponed race from Saturday afternoon and a final shortened W-L race.

Final honours were enjoyed over a barbecue on the RDYC terrace with Papillon II from Torquay, skippered as ever by Les Playle, winning the overall UK Elan Trophy (a new prize kindly donated by Yachts of Dartmouth). The Class 2 for yachts under 35 feet (now the modern definition of ‘small’ it seems) was won by the smallest boat in the competition, Peter Johnson’s Blues Beat which was a handful upwind but absolutely flew downwind under its asymmetric spinnaker.

We were delighted to welcome Passion, an Elan 410 from Southampton as Paul Jones brought his extended family on a holiday to the West Country with two days of racing thrown in, their young children enjoying every minute of the sailing and shoreside activities. It was quite a sight to see about ten pairs of legs lined along the windward rail disappearing pair after pair as the first sign of an impending tack. Nick Pike from Humphreys Design Office assisted them and although he has never sailed a 295, can now claim to have fallen off one when clambering aboard Passion.
As with all RDYC events a great crowd of volunteers came together to run the event with Hugh Conway as Race Officer setting excellent courses, John Ellwood allowing his Elan Impression to be committee boat, Ian and Jo McClelland as buoy layers, plus all their crews, complemented by the galley crew who fed and watered us well. Our thanks also go to Chris Olsen and Peter Costalas of Yachts of Dartmouth for their sponsorship of the event and manning the start line rib, and Dartmouth Chandlery for additional prizes.
What of the future? We have outline plans to rerun the event in 2015 in Dartmouth with possibly an event elsewhere in 2014. We hope we have started something.
Norman Doidge
Rear Commodore (Sailing) 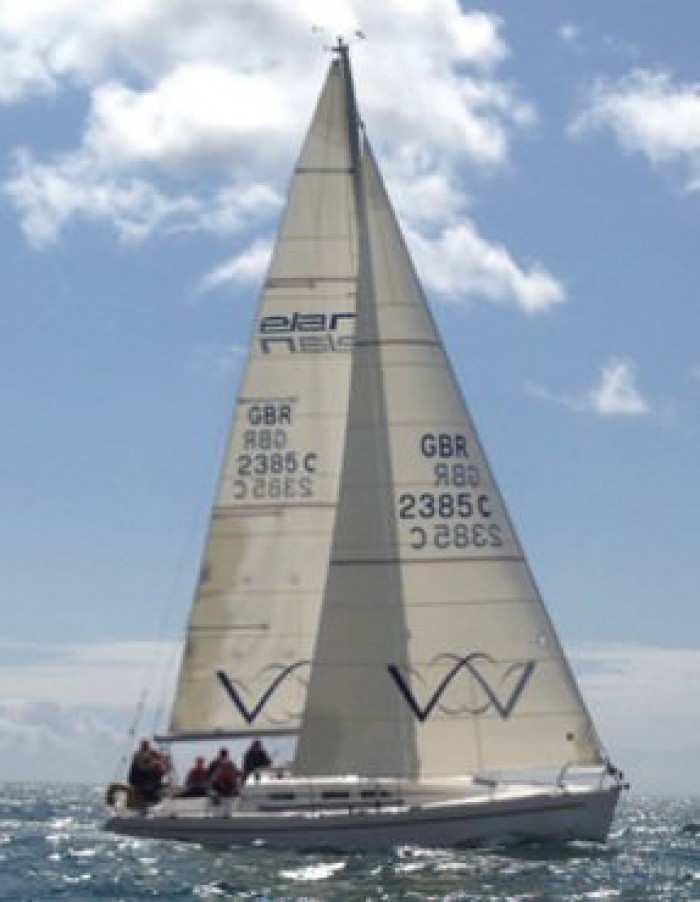 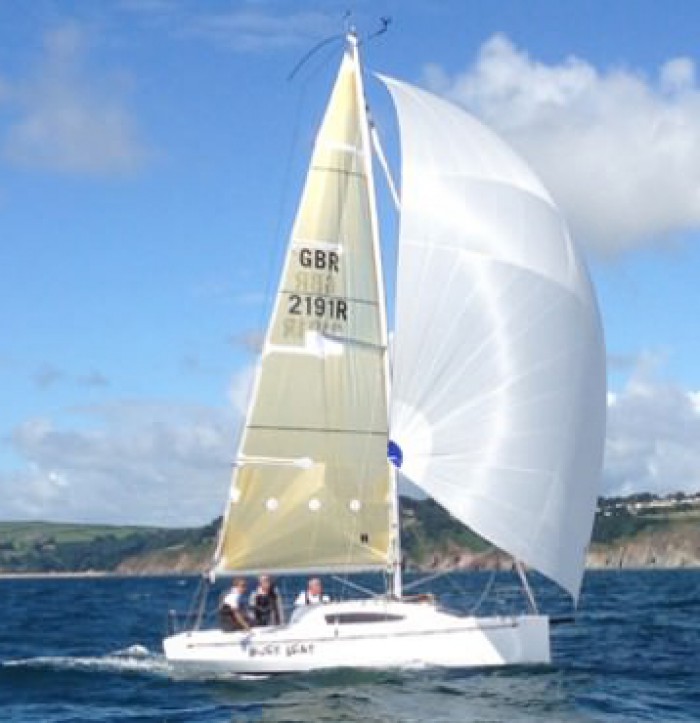 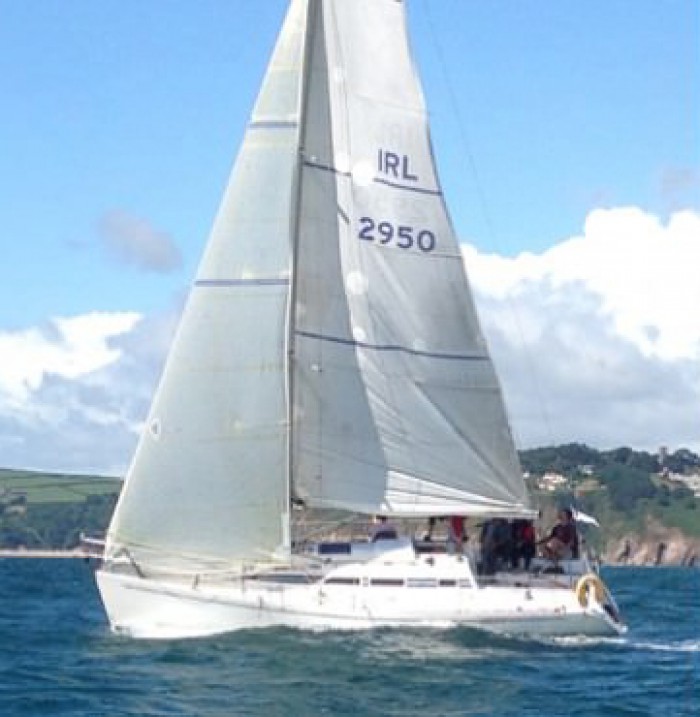 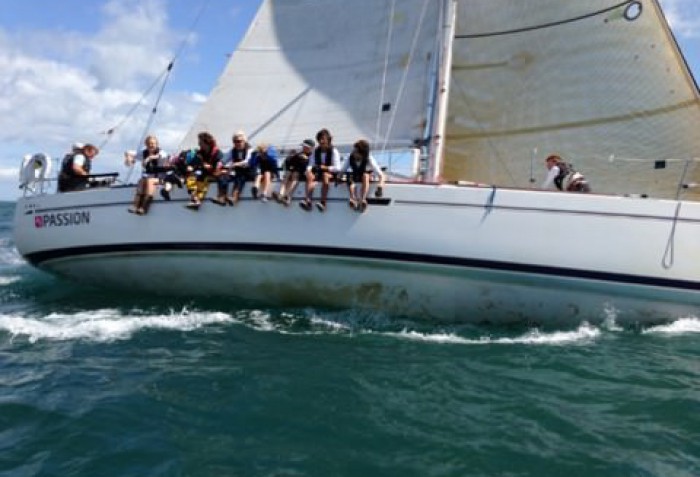 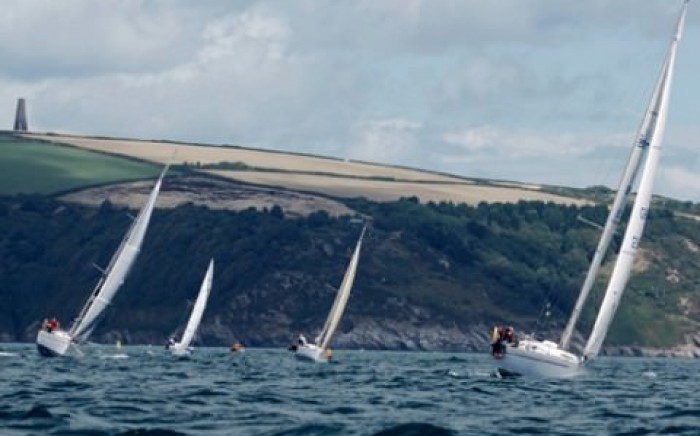 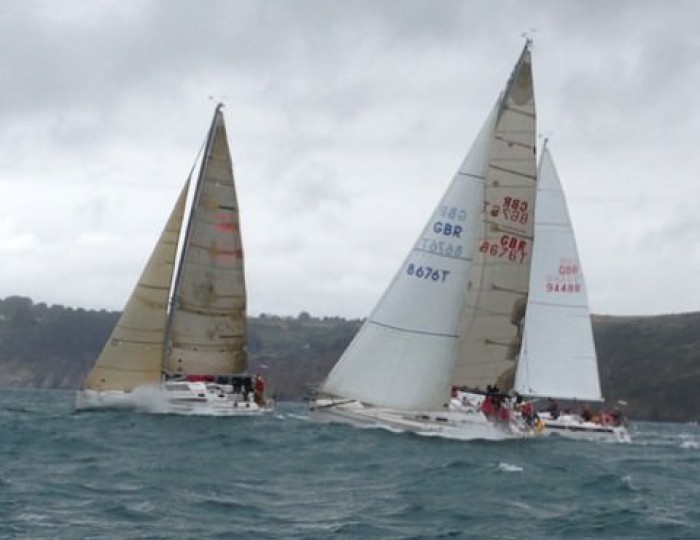 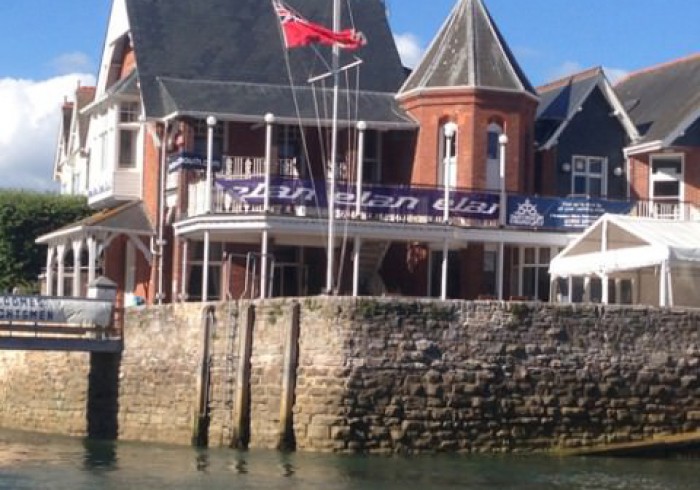