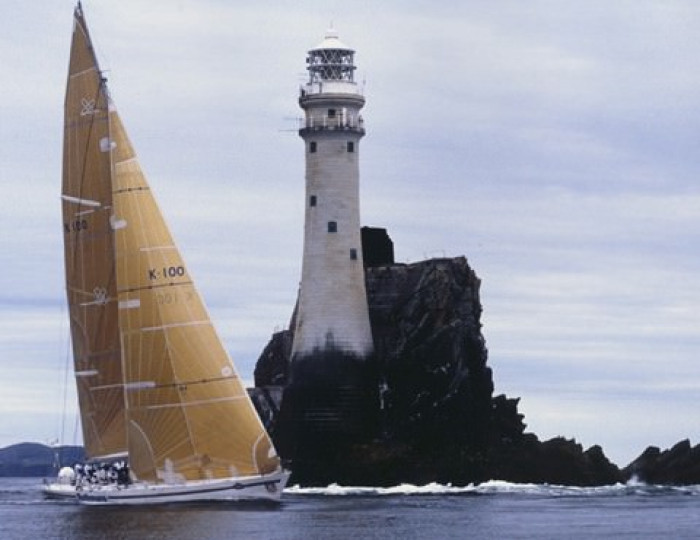 Alicante, Spain: Rothmans, designed by Humphreys Yacht Design and skippered by Britain’s Lawrie Smith in The Whitbread Round the World Race1989-90 (the forerunner of the Volvo Ocean Race), will sail from Sweden to take part in the Volvo Ocean Race Legends regatta and reunion. At 80′, she is three feet longer than Great Britain II, who is also entered, along with the smallest yacht ever, 45′ Copernicus from Poland, both of whom took part in 1973-74.

Rothmans originally sailed with a crew of up to 16 and finished the race in fourth place overall, taking 131 days to complete the 33,000 nautical mile course. It was Lawrie Smith’s second race, having completed part of the course on Simon Le Bon’s Drum in 1985-86.

Since finishing The Whitbread, Rothmans has been kept in pristine condition by present owner Bob Erixon and his friends in Scandinavia, who successfully campaigned her in 2003 winning the Round Gotland race and finishing up the order in other Scandinavian regattas.

Erixon formed a syndicate among 16 of his friends to co-own the boat and she still sails under the name of Rothmans. “The target was to sail the Atlantic and to compete in races like Cowes Week and the ARC,” he explains. “We think the Volvo Ocean Race Legends regatta and reunion is a fabulous idea and all the owners are very enthusiastic about it,” he confirmed. “We are all between 44 – 60 years old and we have watched The Whitbread and the Volvo Ocean Race for a long time. We would love to sail against some of the older boats as well as some of the more modern ones. We have already raced against Charles Jourdan (WRTRW 1989-90). The Volvo Ocean Race Legends regatta fell right in to place in our Atlantic and Caribbean race tour that is planned for 2011-12,” he added.

The boat is in original and fantastic condition and has been continuously maintained. Apart from some new electronics, she is in her original racing trim and is sure to be competitive next November in Alicante.