OYSTER 885 IN THE YCCS SUPERYACHT REGATTA 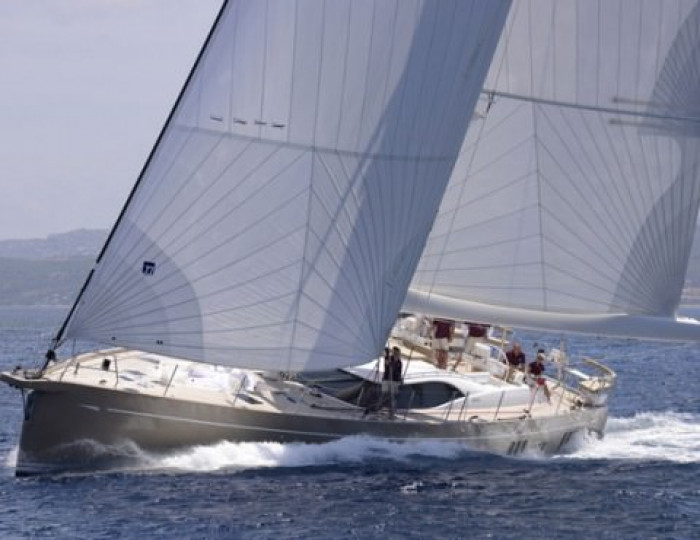 Double Olympic Gold medallist Jesper Bank, tactician on the Oyster 885 Karibu in the recent Loro Piana Superyacht Regatta, was glowing in his praise of the boat. As a highly experienced sailor with many superyacht regattas under his belt Jesper was particularly excited about the way the boat felt and handled. He thought she responded much more directly than other large yachts, and that ‘the balance is just spot on. You can pull her off to build speed, accelerate and then let her edge up again in a way that is not easy on these big boats. She behaves like a real sailing boat’.

For the first race, Karibu was ‘fresh out of the bag’ with only a delivery trip under her belt and after a promising opening beat to the first race the newly assembled crew had problems with the asymmetric and it was all of fifteen minutes before it was up and drawing, so a bit of a write-off for Race One. The second race began to show how things could shape up for Karibu, finishing just three minutes on corrected time behind the Oyster 100 for which this was her third regatta after some 14,000 miles’ sailing. The third race, in winds between 15 and 20 knots, Karibu showed how powerful she is upwind with an ability to outpace many very much larger boats. In this race – as it happened the last race of the regatta because the fourth race was called off for lack of wind – Karibu returned second place on corrected time with the 37m Genevieve pipping her for first, and the eventual class winner, Bequia, next behind in third spot. Fourth was the Oyster 100 Sarafin. Such are the mysteries of the handicap system that Karibu had to give Genevieve over eight minutes an hour on corrected time, despite measuring some 35ft shorter! Sure enough, Karibu did finish seventeen minutes ahead of Genevieve but it was not enough.

For more information, see the piece on Oyster Yachts’ website: