Nigel Gee talks about his Southerly 135 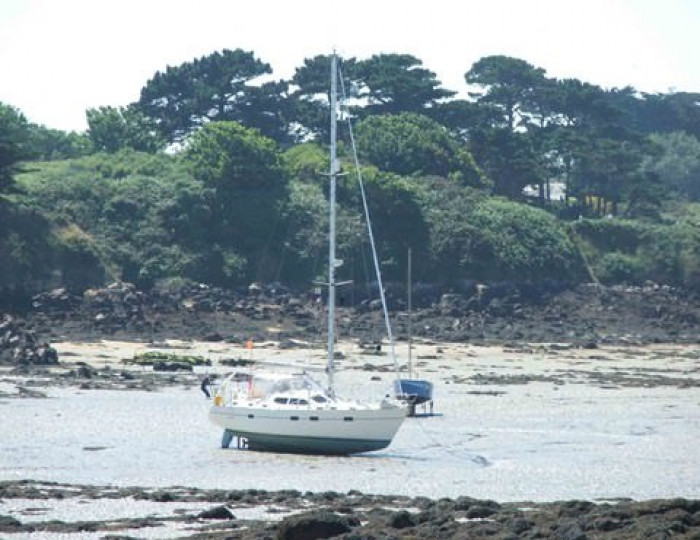 BODIC at dried out in Brehat

In the first of our owner’s articles, Naval Architect and Engineer, Nigel Gee talks about his Southerly 135.

My wife and I wanted a boat to enable us to undertake extended cruising after retirement. We had owned six previous boats over a period of thirty years and we had pretty fixed ideas about our requirements for the new boat. We wanted to be able to live aboard for several periods of a couple of months each year; we expected to invite friends to share our cruising so we needed two double cabins and two showers/heads; we like creek-crawling and so wanted shallow draft and the ability to take the ground but we had had a couple of bilge keel boats and didn’t like the way they sailed in rough conditions so a drop keel was a must; we like to anchor and if the weather turns wet we don’t like being ‘in a cave’ so a deck saloon was also on our shopping list. We reckoned that we would need a boat of at least 40 feet to meet our spec. and the Southerly 135 was easily the best of the small group of boats that fitted the bill.

We test sailed a number of boats but none had the toughness and quality of the S135 – I particularly liked the Humphreys hull design and I am convinced that the design of her stern, in particular, gives the boat a considerable upwind sea-keeping edge over competitive designs with fuller sections aft. We have owned the boat for six years and have always felt safe and in control in rough conditions – my wife has enormous confidence in the boat which we normally sail two-handed.

We bought the boat to take us round the ‘Med’ and later up to the Baltic. Family and other events and commitments have so far thwarted these ambitions but we have enjoyed many cruises to the West Country and Brittany. Brittany has been a favourite destination for many years and the drop- keel S135 is ideal for the huge tidal range in North Brittany and the Channel Islands – our favourite anchorage is La Corderie on Ile de Brehat (photo attached) and we visit this spot at least once every year.

We spent a delightful 5 weeks in the West Country and the Scillies in 2007 and enjoyed a fantastic sail in force six winds both to and from the Islands – it was a blustery summer and the design and balance of the 135 makes for comfortable cruising – the drop-keel enabled us to tuck in much closer to shelter when in the Islands. This last May and June we cruised extensively in South Brittany as far as the Morbihan and spent a lot of time at anchor in the many off-shore islands and up the top of rivers – the furthest we got from the sea was in Port Launay – deep in Finisterre and not that far from Quimper!

We now have definite plans to set off for Portugal next May, and then hoping to over-winter somewhere in the Algarve before going into the Med in 2011. We shall head for the Eastern Mediterranean as soon as practicable.

Having a drop keel boat allowed us to move to Wootton Creek on the Isle of Wight and keep the boat at the bottom of the garden on our own mooring (photo attached) – the boat happily spends 80% of its life on the soft mud with keel up and pinned. We see no reason to ever change this boat for another and we look forward to many years of longer distance cruising.