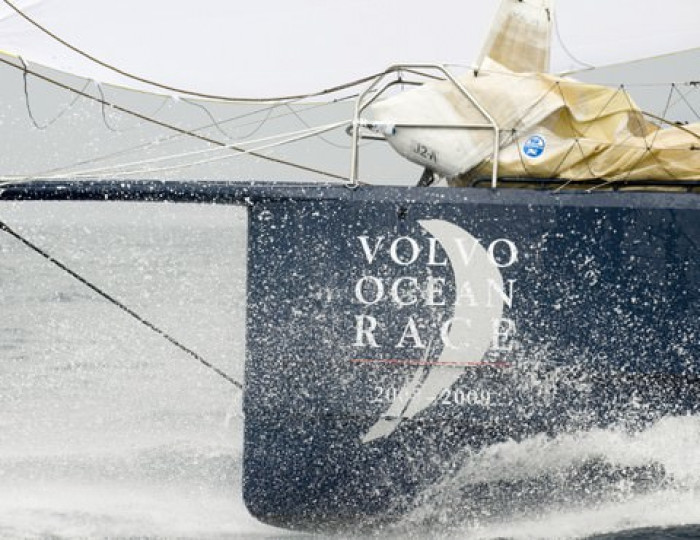 Humphreys Yacht Design have been working on round the world race boats for the past couple of decades, going back to the Rothmans Whitbread Maxi. Their most recent involvement with the Volvo was a boat for the precursor race, the Whitbread 60 Dolphin and Youth in 1993-94. But they subsequently did the hull design and naval architecture for Ellen MacArthur’s Kingfisher, placed second in the 2000-01 Vendee Globe, as well as designing the second generation of BT Global Challenge yachts. Rob and Tom Humphreys spoke to Mark Chisnell:

MC: Team Russia is your first Volvo Open 70 – how did you go about researching a design for a new class?

RH: We were involved in very early discussions on the Volvo Open 70 rule back in Auckland, when Glenn Bourke was first putting the idea out there. After that we did talk to some people about boats for the last race, although nothing eventuated, but we obviously had an interest in the designs that were produced. It was hard to understand some of the themes we saw in the Farr yachts that raced, and in the end they were well beaten by the Juan Kouyoumdjian designed ABN AMRO. We already thought that was going down the right route – conceptually, the boats looked like they needed to be maximum power designs. But what’s interesting about these boats is that it hasn’t polarized like the America’s Cup class and there are still big picture decisions to be made.

The old thinking with round the world racing was that once you are in the Southern Ocean everyone pretty much goes at the same speed – on the conveyor belt so to speak. What mattered was the speed with which you could get to the conveyor belt, and then off it again, on the Atlantic legs. So light air performance always had a premium, and people were prepared to give up some high speed potential. I think the difference this time – apart from the new course – is that these boats are so powerful that light air barely exists, they are powered up above about six knots of wind speed. And once you’re fully powered up, you need righting moment.

MC: What do you mean by righting moment?

MC: So that was the concept – a high righting moment, powerful yacht – but that’s a long way from a finished design.

TH: The next stage was to model and tank test our interpretations of ABN AMRO, which won the last race, along with the Farr designs, and then start to put our own ideas up against them to see where the different designs had strengths and weaknesses.

MC: So there’s still a balance to be struck between light and heavy air, upwind and downwind sailing?

TH: Oh yes, we’ve used historical weather data to test the different boat designs in computer modeled races around the world, and its influence has been crucial – we worked with Jure Jerman on the weather modeling, from the Slovenian Met Office. He did a great job for Phil Sharp in the Class 40 in the last Route du Rhum, and he’s been a big influence.

MC: But you’ve still ended up with a fundamentally powerful design?

TH: Yes, we could have just tried to refine an ABN AMRO style, but who’s to say that that’s right? These boats are still not as beamy as a scaled up Open 60 would be, so this is very much our own thinking. The width of the boat and the depth to the chines (the corners on the hull at the stern) are two of the elements that indicate our thinking – good places to look to compare this design to other new boats coming out.

MC: Another distinctive feature are those spray rails (the wide, flared, cornered sections on the bow of the boat), tell us about them?

RH: The idea was partly conceptual at first – we’ve been doing a lot of work on high-speed powerboats where spray rails are standard. And when you look at the speeds these Volvo Ocean 70s will be doing, they are getting well into powerboat territory.

TH: That’s what started us thinking, and we did some early tests in the GKN high-speed towing tank on the Isle of Wight which looked very promising. Ultimately, the tank was predicting a significant reduction in drag at high speeds. Another finding from our tank test work was that the rails help to reduce pitching, and provide a lot of extra reserve buoyancy as the bow goes into big waves, reducing the amount it digs in. And they will push the water away from the hull, which we hope will reduce the fatigue of sailing the boats by making the ride drier and more comfortable. Although that’s a bonus, the speed was the main issue!

MC: And why do they stop so abruptly?

RH: The rule only allows that distortion of the shape within seven metres of the bow. We looked at trying to fair them in, but this was the most effective way to do it.

MC: There must be some downsides, there’s no such thing as a free lunch in yacht design?

RH: This design has a higher wetted surface area when the boat is upright than a narrower boat or one with a higher chine height – which in turn has less righting moment provided by the hull shape. So Team Russia may suffer in conditions like light air downwind, when the boat is upright. But our design loses wetted surface area quickly as it heels, and you can use the canting heel to force the boat to heel when sailing in these conditions, so we hope that good sailing technique will compensate for this weakness.

MC: So this is something you’ll be testing during the summer?

TH: Yes, we also want to look at the dagger boards – we’ve moved them forward compared to boats in the last race, to compensate for the shift in centre of effort caused by the masthead Code Zero sails hoisted off the bowsprit. And they are deeper than in the last race, almost to the full draft of the keel which looked very promising in the towing tank – but we need to see if we need all that depth. It’s a question of getting the balance right between the sails and the hull, so we’ll be looking at that.

MC: Another feature is the bluff bow – to the layman, this looks counter-intuitive – surely you need sharp bows for cutting through the water?

RH: It’s interesting, the actual sharpness really doesn’t help that much. But by knocking a few inches off the front you can make the boat appear longer, at least in hydrodynamic terms, as that length goes elsewhere. And longer boats have higher potential theoretical speeds. The other problem with a sharp bow is that when the boat is heeled over it tends to trip up the flow of the water. We want it to behave more like the leading edge of an aircraft wing or a keel, and they are blunt.

MC: So plenty of good reasons for it looking the way it does?

RH: Yes, while we don’t have the budget of some of the bigger teams, everything we’ve done is because we thought it was the right approach and only after exhaustive testing, rather than because we wanted to try something for the hell of it. And I think once the fleet starts to emerge we’ll see some of these themes – the bluff bow, the low chines, the spray rails – appear on other boats.

MC: What about the rest of the design elements – deck layouts, structures and so on?

RH: We got a team of people together who had recent experience of the race and the latest boats. So Tim Dean came on board early and is project managing the construction. He’s been very influential on a lot of detail features, bringing all his race experience to bear. Then we got Will Brooks in to do the structural analysis, he worked on ABN AMRO, and Richard Pemberton to work on the foils and flow codes – they both have America’s Cup backgrounds.

The sail programme is being run out of North UK by Jeremy Elliot. They went with Tom down to the twisted flow wind tunnel in Auckland to look at some sail design ideas, and I think we’ve got some pretty innovative concepts coming there. And finally the rig has come from the Hall Spars factory in the US, with Gunnar Salkind doing the design. So we’ve tried to fast track our way to Volvo Ocean Race experience by involving the right people.

MC: And what do you think we’ll all be talking about at the end in St Petersburg?

RH: The yacht racing – and who won and lost it! At the start the focus is always on the technical side – the innovations, the decisions, the ideas, the bulb weights. But that all gets pushed to one side once the boats are out on the water and the sailing comes to the fore.