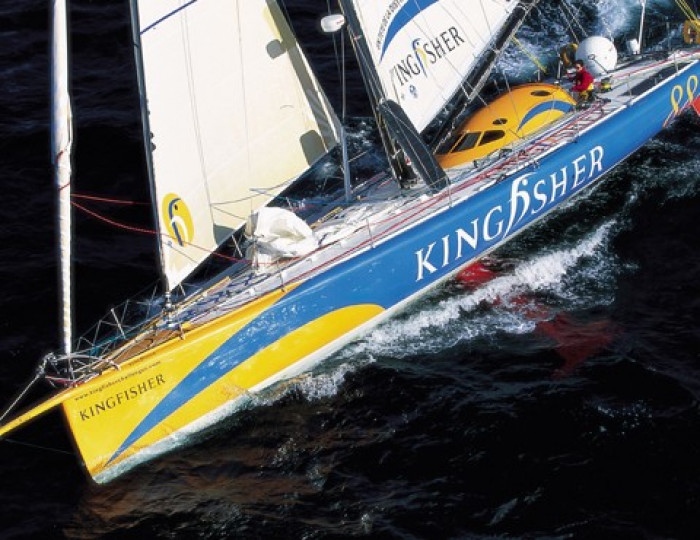 Kingfisher, sailed by Ellen MacArthur has won the Route du Rhum 2002 Race in the 60ft IMOCA monohull class, smashing the previous monohull record in the process.

Kingfisher completed the race, from Saint Malo to Gaudeloupe, in 13 days, 13 hours, 31 minutes and 47 seconds, beating the previous monohull record, set by Yves Parlier in 1994, by over 2 days

Kingfisher averaged over 12 knots for the 3968 miles and was cheered across the finish line in Gaudeloupe by thousands of spectators. Ellen has now become the first female and first Brit to win the monohull class of the Route du Rhum.