Construction is now well underway on a new Humphreys designed Class 40 and due for launch in May 2013. The design is for an Austrian owner and is being project managed and skippered by Andreas Hanakamp, formerly skipper of Team Russia in the 2008/09 Volvo Ocean Race.

Boat 1 has been designed with Global Ocean Race compliance in mind with Class 40 minimum freeboard, maximum allowed deck edge chamfer and a relatively aft positioned coachroof, which contribute to minimising the required deck volume, benefitting the design in terms of deck weight and VCG. The large deck edge chamfer also aids the design during the 90 degree pull down test, effectively allowing a lower VCG for the same maximum measured righting moment, of 320kgf, measured at the masthead.

HYD have worked closely with CFD specialists KND-SailingPerformance during the optimisation of the hull, appendages and sail plan. The design brief for boat 1 was to optimise performance for the Global Ocean Race. Initially KND-SP ran a performance analysis using real data downloaded from the owners current Class 40 in double-handed mode. This gave us a useful insight into how a well sailed, double-handed Class 40 performs in the open ocean in real terms against its design polars – what is often referred to as ‘percentage polars’. As one would expect, when sailing shorthanded, the data revealed that it is a lot easier to maintain or exceed target boats speeds at points of sail that are either less sea state dependent and/or require less interaction from the crew in terms of helming and trimming and we felt it imperative that the weather and routing study, which ultimately forms the optimisation criteria for the design, should account for these ‘real’ factors.

KND-SP followed this up with a CFD & VPP study on our first series of design candidates. This allowed us to verify the data from our own in-house CFD and VPP software, enabling us to go on and investigate an even greater area of the design space. A vast range of design parameters were investigated including beam/wetted area/stability trade-offs, volume distribution and bow fullness, chine height and orientation, transom immersion as well as aero aspects such as the rig geometry and sail inventories.

HYD worked closely with Andreas through the design optimisation process. The best / most interesting 6 design candidates were presented and analysed at great lengths before the final selection was made. The chosen design candidate exhibits the best all round performance of the six proposed candidates. Through careful control over upright wetted surface area and heeled volume distribution, the hull form displays strong light air and VMG performance, yet with significant grunt for high speed stability sailing conditions.

The deck and cockpit design for boat 1 features a relatively conventional twin tiller type arrangement, offering excellent helming visibility. The deep cockpit helps drive the VCG even lower but also offers reassuring protection for the crew along with the coachroof overhang. There is a raised tunnel down the centre of the cockpit to allow access through the transom escape hatch. Boat 1 will feature a minimalist 4 winch layout, though some interesting ideas are afoot to free up some of the usual winch functions.

Structural engineering is by the New Zealand based company Pure Design & Engineering, noted for their role as lead engineers for Team New Zealand, including their two giant AC72 America’s Cup catamarans. The engineering and detail design has very much been VCG driven. Ultimately the lower you can drive the VCG, the smaller and lower drag the required bulb is to meet the rule maximum righting moment.

Lowering the VCG has also been a fundamental driver of the rig design process, where we have been working closely with Southern Spars. Starting with a clean sheet of paper, Southern Spars performed a complete review of possible rig geometries, including various combinations of rig position, foretriangle height, deck v keel stepped, swept v inline spreaders and 2 v 3 sets of spreaders. The resulting rig layouts, weights and VCG values enabled us to run the various geometries through our VPP to monitor the effects on performance attributed to the differences in pitch gyradius, windage and variations in the distribution of sail area.

Boat 1 is in build at Ocean Tec in Slovenia, a yard vastly experienced with resin infusion technology. Construction is in the form of infused epoxy / E-glass / foam sandwich. Unlike typical serial production Class 40’s, construction utilises thermoformed pin-hole foam to minimise resin content within the sandwich laminate as well as a paint (rather than gel coat) finish resulting in considerable weight savings.

This new Class 40 design is offered in either custom or semi-custom packages. As a result of some innovative tooling methods and direct access by the yard to 3 dimensional CNC milling, extremely cost effective tooling can be produced which opens the door to continued design development and a high degree of customisation, but at a cost more akin to a productionised offering. Please contact us for more information on the different Class 40 design and build packages available. 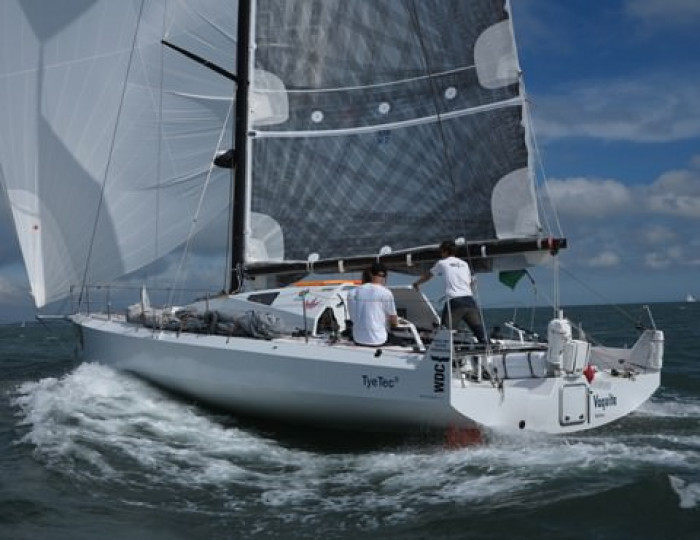 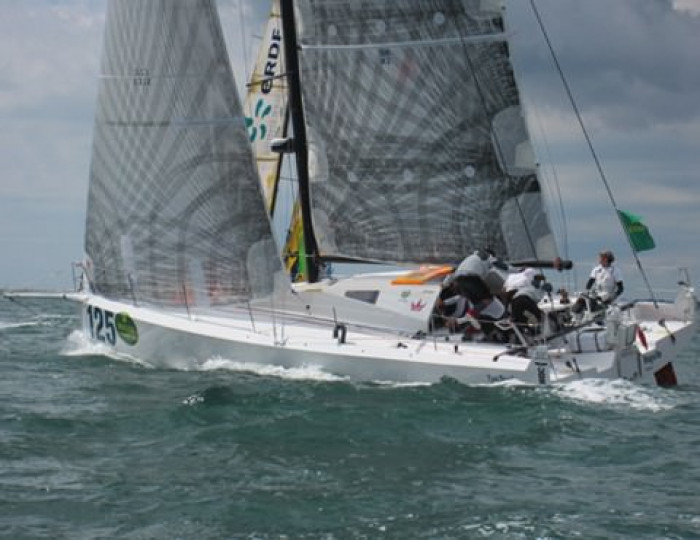 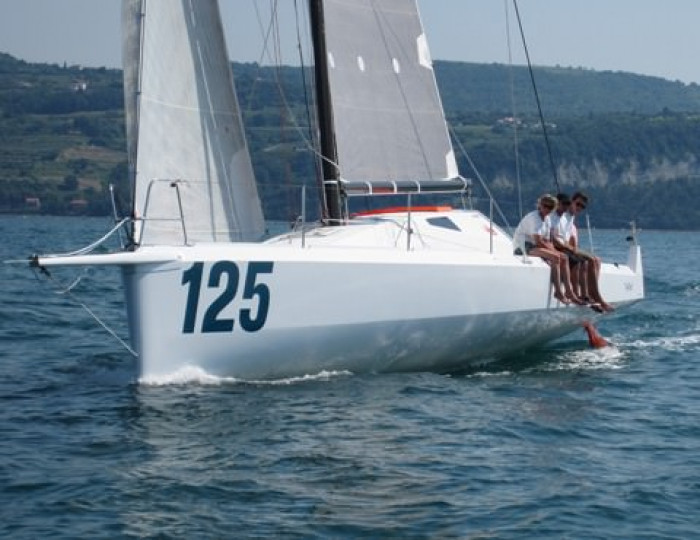 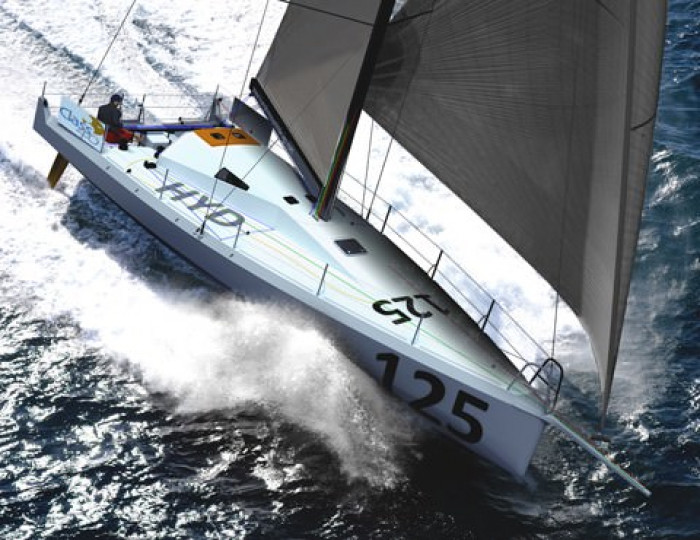 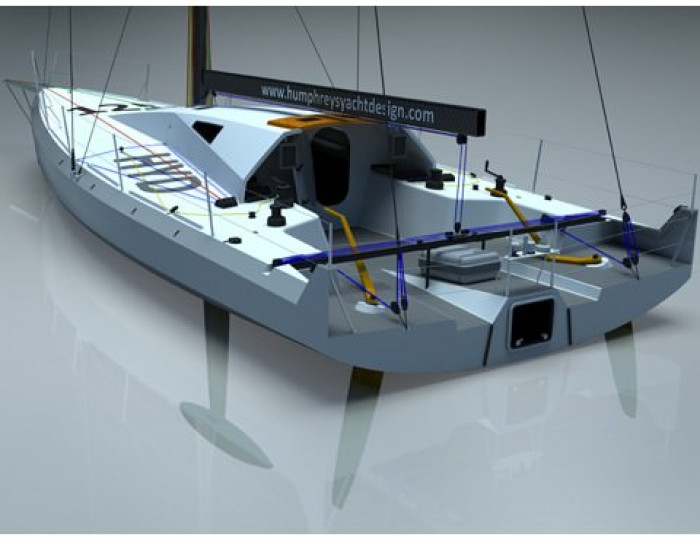 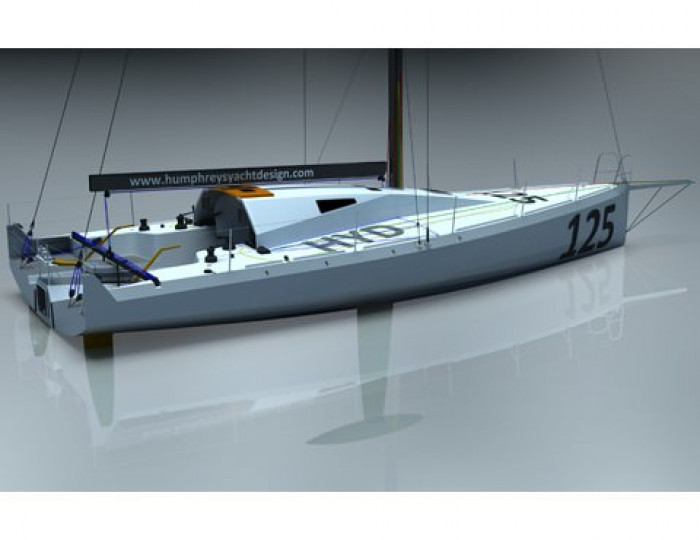