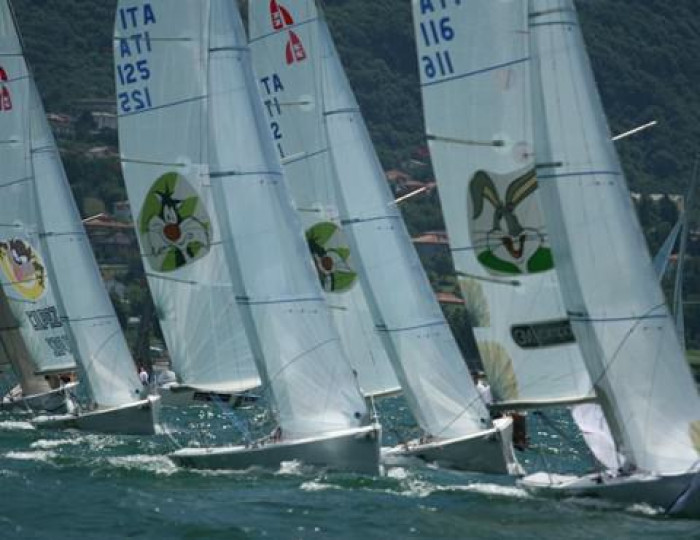 The H22 Italian National Championships were hotly contested by nineteen boats last weekend on Lake Como. Humphreys Yacht Design were kindly invited to participate in what was an extremely well run and competitive event. With the ‘Breva’ (the southerly afternoon wind) providing over 15 knots of breeze from midday onwards, conditions for the first two days of racing were pretty much perfect. On the last day, cloud prevented the thermal breeze from developing, which created some very shifty and tactically demanding conditions. The championships were won overall by The Bleak Bianchi Group Team, skippered by Roberto Spata, with The Joe Fly Sailing Team finishing second and Speedy Gonzales third.

The H22 circuit is really taking off in Italy and attracting some top professional sailors and teams. The class is sponsored by The Bianchi Group and Warner Brothers Looney Tunes and each regatta on the circuit now has a regular slot on the Sailing Channel which is helping to raise the profile of the class throughout Europe. Whilst most of the competitors are from Italy, several teams come from further a field including France, Switzerland and Spain, keeping their boats in a storage facility in Como. With all the regatta venues accessible by budget airline flights from the UK, there is a great opportunity for British sailors to own and race an H22 on the Italian circuit.