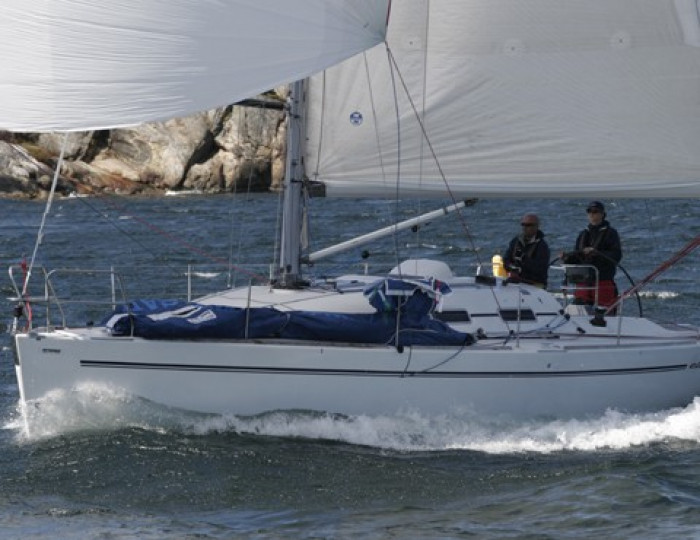 2004 has been a successful year for the Elan 37. Quokka, sailed by Peter Rutter finished first overall in IRC 2 in the Tyco Hamble Winter Series, winning the class with a race to spare against a strong fleet of boats which included a Bavaria Match 38 and 35 and a Ker 32.

There was also a notable success in the Rolex Middle Sea Race with the Elan 37 O2, sailed by Sonke Stein, finishing 1st in group and 3rd overall under IRC and 2nd in group and 4th overall under IMS. A delighted owner, Stein said after the race, “It was the first real test for our new Elan 37 O2 and she proved to be fast and competitive in a variety of conditions, keeping up well with most of the competitors in the 40 ft range. A real success. A big thanks to the designers and builders of this fantastic true cruiser racer!” The race started in near calm conditions and ended in 50 knots of wind, a real mixture of conditions!