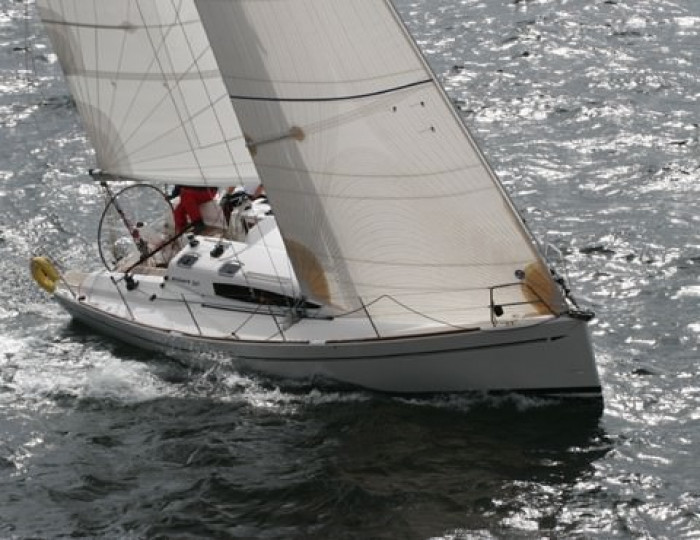 At the 2007 European Yacht of the Year Awards held at Boot Düsseldorf in January, the Rob Humphreys-designed Elan 340 was declared the winner in the ‘up to 10-metres sailing yacht’ category. This follows on from the success in the 2006 awards where Humphreys’ Impression 344 took the same prize.

Both yachts were designed in Lymington by Humphreys Yacht Design, and the awards were the result of an exhaustive judging process with nominations coming from leading yachting magazines from across Europe. Competition was strong, with a short list counting new models from such internationally renowned companies as Beneteau, Dufour and Hanse.

“We’re delighted once again to see one of our designs win this prestigious award,” commented Rob Humphreys of Humphreys Yacht Design. “We were particularly pleased with the way the design of the Elan 340 evolved, and the result is a very spacious boat for its length. Her performance characteristics also ensure that she is an exciting boat to sail while remaining manageable for family and short-handed crews. We have no doubt that she will be a popular boat throughout Europe and beyond.”

The European Yacht of the Year assessors studied a wide variety of boats in each class both on and off the water before choosing the finalists. The Elan 340 was judged the leader in her field by a wide margin.

The Elan 340 was introduced to the market in the summer of 2006, replacing the best-selling Elan 333 which sold nearly 500 units in five years, and is the first of what will be a comprehensive updating of the Elan fleet – all designed by Humphreys. The new Elan 410 was launched at the start of 2007, and a 450 is also due to become available later in the year.