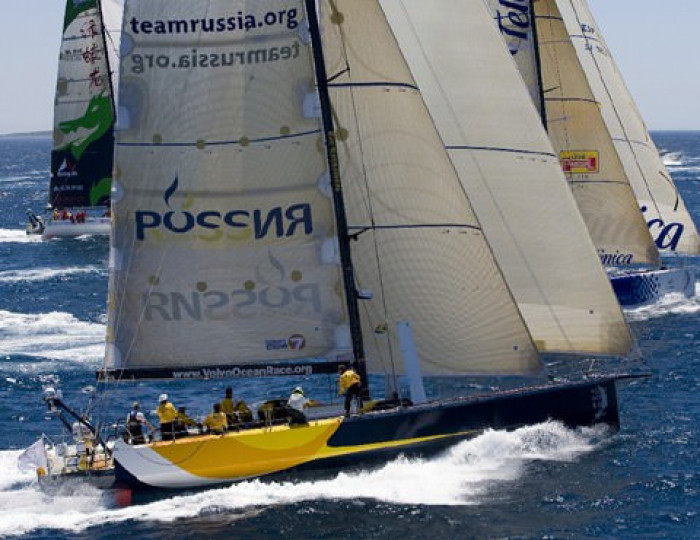 After 10 days of rest, recuperation and boat prep in Cape Town, the eight strong fleet in the Volvo Ocean Race have just started their 4,450 mile second leg to Cochin, India. After a brief delay to let the wind settle Team Russia, now with Team Owner Oleg Zherebtsov back onboard, and the rest of the fleet powered their way out of Table Bay and headed for the infamous Cape of Good Hope. The biggest issue, initially, may not be the weather at all, it could be the Agulhas Current, which runs south down the east coast of South Africa.

Over the shallows of the Agulhas Bank it meets cold water and the westerly winds coming the other way from the Southern Ocean. The result is a notoriously rough piece of water. Once they’ve negotiated this, the teams will be racing to be first into the south-east trade winds, which should be settled and blowing by the time they reach Mauritius. The trades will take them into the Doldrums, and then it is going to be tricky most of the way to Cochin.