Vaquita up to 4th 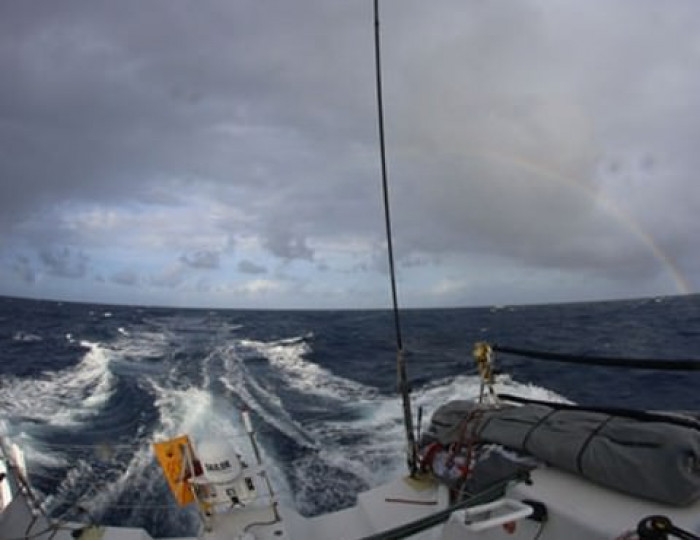 Vaquita up to 4th as the lead Class 40's approach the Doldrums, Andreas Hanakamp, segelwelt.at 2013

Vaquita is now up to 4th in the Transat Jacques Vabre Race. The lead boats in the fleet are now lining themselves up as they approach the Doldrums with the aim of finding a fast passage through this complex weather system and a favourable angle to Brazil on the other side. Below is Andreas’ latest blog from onboard Vaquita:

Vaquita ran right into the finals of this years MAFFFO. One competitor used the coachroof mounted solar panel as kicker to propell himself into the trailing edge vortex of the mainsail where he performed a perfect bottlescrew turn. The umpires awarded highest scores, the crowd cheered. Two other competitors tried to perform the same maneuver but failed. One ended up down my neck, the other under the stack. Both competitors  survived.

About to narrow our doldrums passage using EC model, ascat and eumetsat images. Seems some of the guys around have similar ideas, Watt and Sea to go further west. We will know shortly.