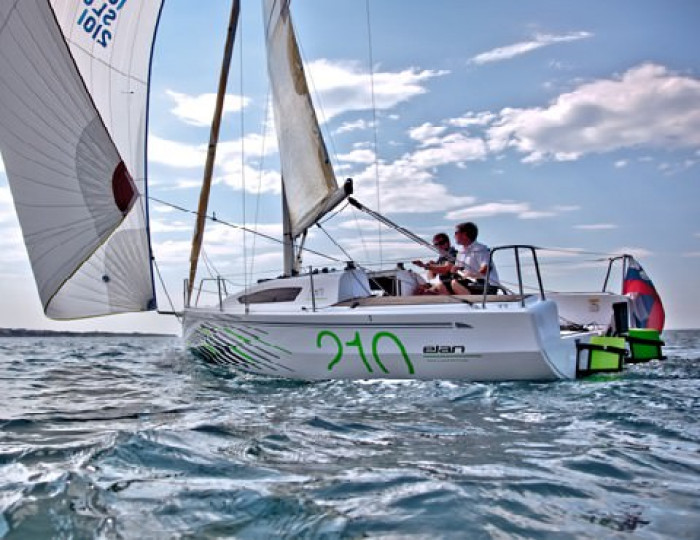 Why have spray rails only just appeared in the Volvo Ocean Race?

I don’t know why they did not do it last time. We came into this a bit cold as we had no involvement in the last race except for some early discussions over the Volvo Open 70 rule.

It was clear as a spectator that these boats can potentially reach spectacular speeds. If you take away the rigs and the sails, at the top end these boats are very similar in speeds to power boats, which use rails.

Had you been involved in the last race, would you have created a boat with spray rails?

It is hard to say, but I think to be honest I would. Another part of it is that as a design office we have a mixed bag of experience as we have done a lot of work, research and tank testing with power boats. We possibly have more power boat experience than the other design offices involved in this race.

What are the pros and cons of the spray rails on Team Russia?

To call them spray rails is a bit of a misnomer. In our case it is more of a stepped hull. It doesn’t mean there is no spray, just less.

The cons are the immersion of the leeward in the light airs so there is a slight drag component in that.

The main benefit for us is that they reduce the potential of the boat to bow-bury and at speed they produce a certain amount of lift that reduces the overall resistance. We did a lot of tank work on this and we were seeing the benefit from about 12 knots boatspeed upwards, with the gains increasing further up the speed range. The fact that the rails reduce the forward trimming moment of the boat made me comfortable to develop a generally more powerful hull, with shallower aft rocker and fuller aft quarters than one might risk on a normal hull. So far from being add-ons they are integral to the concept of the boat.

How much have you spent in terms of weight in building spray rails on Team Russia?

I will not give you an exact figure, but it is essentially integral in the hull. The shell panel weight is surface area-related. There is a little bit of stiffening involved internally so there is a weight penalty but the net benefit is significant I believe.

What is the theory behind two rails as opposed to the one fitted on Telefonica’s two boats?

We are seeing a benefit from the lower rail where it is but you couldn’t overcook the size of that as you’d suffer in the light with the immersion of the thing. The reason for the two step arrangement is that we are seeing a benefit upwind in a sea state as well. The two-rail arrangement gives us a kinder, softer re-entry than a normal hull because the buoyancy reserve generated by the steps does not come on in abrupt way as it might with a single rail.

I think Telfonica and us are seeing the purposes in a different way. Their rails are obviously less aggressive than ours. I think they are seeing it as an anti-bow burying device and maybe some spray deflection, but I do not think they see it as a lift generation device. Cosmetically the two approaches are related, but more second cousins than brothers and sisters.