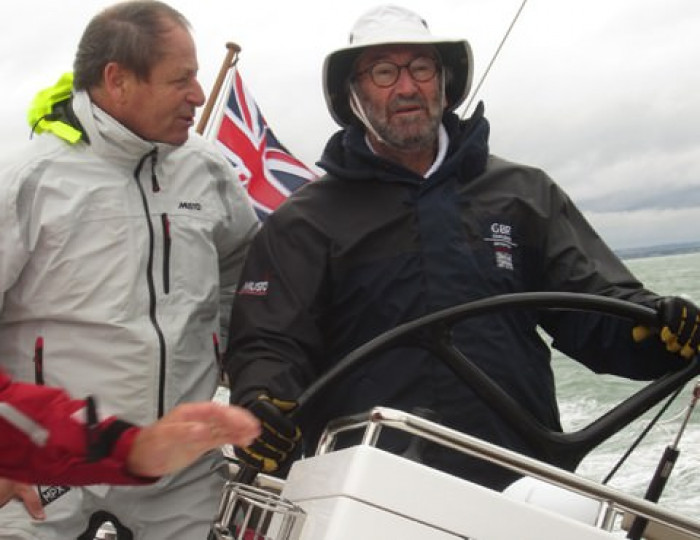 The perfect way to get a new boat set up is to work up through the wind range, letting things bed-in, as it were. This is particularly true for a first-in-class, but often has been the occasion, usually off the River Orwell in the North Sea in February, when conditions have not been quite like that. However, September in the Solent took things to another level of inclemency altogether. For various reasons Eddie Jordan’s Oyster 885 – first of the breed -had to go out on Monday the 23rd, the morning after all the news programmes had been issuing severe weather warnings for the UK. Great!

Needs-must, and a crew of sixteen duly set off into the Solent from Ocean Village, comprising a cross-section of builders, riggers, sailmakers, mastmakers and, of course, designers – all accompanied of course by a core Oyster team.

The 885 is a bit of a step-change for Oyster with very committed hull form and appendage changes from the earlier models in the range. We had been pushing for this development and David Tydeman, with a naval architectural background himself, was more than simply receptive. Of course, being such a leap forward we had carried out some due diligence work in the towing tank and had the comfort of solid numbers behind us, but it can still be a time of high adrenaline for a designer – especially in this instance, with winds of over 30 knots expected!

We trickled down Southampton Water with a building breeze, and had to go up with the main before bringing it back down to its reefed configuration. Then out into the Solent itself we started to come on to the wind with mainsail only initially. The designer’s immediate concern is the balance and power of a boat, and – with evidence being offered piece by piece – it was clear that the helm angle looked good even with an unbalanced sail plan. Out came a few rolls of the headsail and up into the breeze we lifted, and she felt pretty wonderful in my hands, with the helm angle in the range of two to four degrees, but responding in a really vigorous way, standing up to her sail well. The twin rudders were working really well – away from the downwash of the keel – and even when really pressed she was easy to direct.

Surprising though it may seem, it only takes seconds to get a sense of the character of a boat and a few minutes upwind in these conditions is in the same category as that other chestnut – a picture being worth a thousand words. For a designer it is a huge download of information, in this instance all very welcome and good.

Which is maybe just as well, because the rig in particular could have done without such conditions for a first-time-out; dock-tune in itself is not quite enough and tweaking after sailing is inevitable. Thirty knots true is a big gulp for a fresh rig and we felt we needed to make such adjustments so stayed fully powered only for long enough to get the basic feedback and give the designer’s face a smile.

But what was interesting later as we ran off with our two-reefed main only is that we were sitting on 11-12 knots with very little fuss, and a pretty clean wake running off the back. Then, later, as we headed into Southampton Water trying to reeve the lazy-jacks to accept a tidy flake of the main we were up to full main again for a prolonged period, and when we had a sustained breeze at 35 knots true she still felt docile in my hands, with very little cajoling required to keep her on track despite the unbalanced aft offset of the sail plan’s centre of effort.

Sometimes it’s good to be forced out on to the water when prudence might have dictated otherwise. An Oyster 885 in its element made the conditions seem rather tame; strange really when the drive back to the office through the New Forest’s swaying trees would normally have conjured thoughts like, ‘Glad I’m not sailing’. 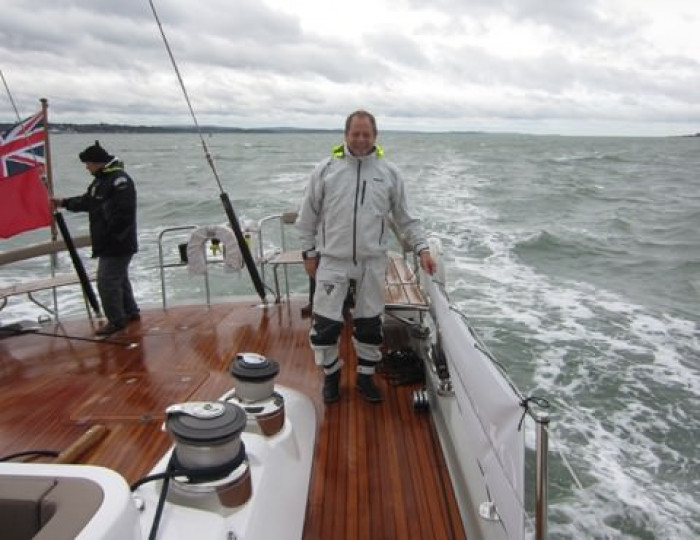 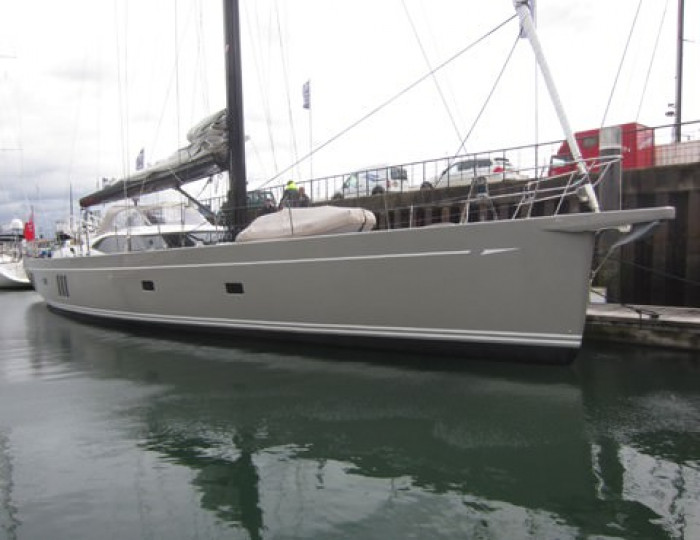