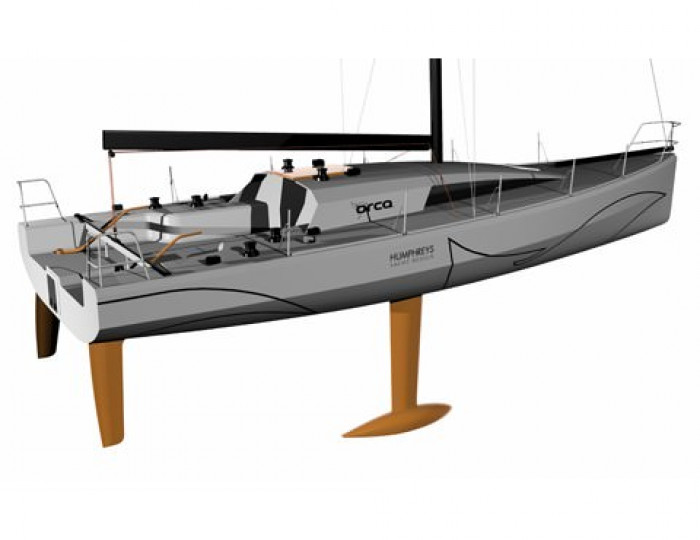 The new “Class 40” has grown since its inception in 2005 to become one of the fastest growing offshore racing classes in the world. Its success is mainly attributed to the Class 40 prime objective, which is to promote affordable and manageable offshore yachts that can be sailed shorthanded or fully crewed and in events ranging from club racing to the trans-oceanic classics such as the Route du Rhum and Transat races. While materials permitted within these boats are strictly controlled in order to restrict costs, these are still high performance sailing yachts capable of speeds, particularly downwind, that far exceed what you would normally expect from a forty footer.

The design work on the Orca yachts is entrusted to Humphreys Yacht Design, a company which consistently strikes the right note between experience, innovation, style, and performance. The design of the Orca40 has developed from an extensive research and development programme that began in March 2007. Performance optimisation has been based heavily on meteorological profiles for the transoceanic classics, such as the Route du Rhum, where HYD have worked closely with Jure Jerman from the Slovenian Met Office. Ergonomics studies have also been undertaken by top offshore sailors Phil Sharp and Kristian Hajnsek and a full scale, heeling cockpit mock-up was built to refine certain areas of the design, such as the cockpit layout.

Although the Orca Class40 is a “full on race boat”, the very features that enhance her shorthanded capability give her a strong cruising capability, enriching both her afterlife value and general usability. Orca Yachts will make sound sense to any potential customer who has a hankering for speed and style as well as comfort, safety, and reliability.