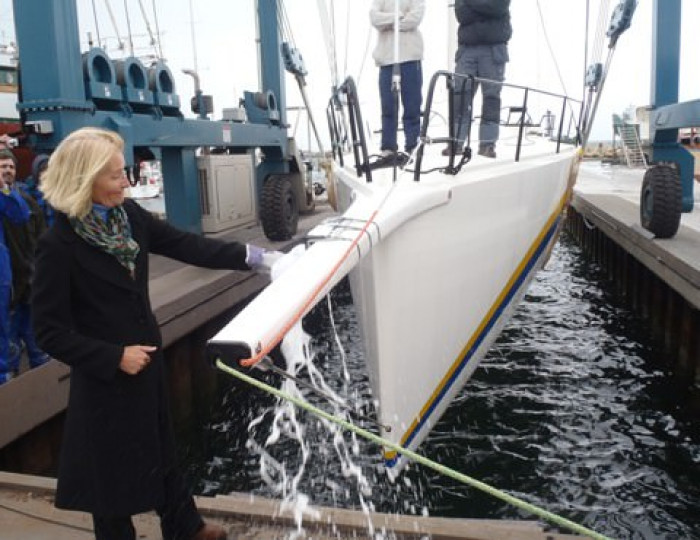 Beautifully built by Hakes Marine, Oystercatcher XXVIII features full carbon pre-preg construction from direct female hull and deck moulds. With a varied race program, including Key West Race Week, The Caribbean 600, Cowes Week, The Fastnet and Middle Sea Races, Oystercatcher has been designed with full offshore capability in mind. With engineering by Pure Design & Engineering, the foam cored hull shell offers significant toughness for a slight IRC benefit, while deck and internal structures are of nomex honeycomb cores. Central to the design is a hydraulically operated lifting keel allowing draft to be reduced from 3.65m to 2.5 metres.

As a result of the hydraulic driven lifting keel, a number of sail controls and functions are also hydraulically operated. The striking interior with its mix of white painted and clear coat carbon detailing, is comfortable and functional for offshore racing. With some clever concealment of the hydraulic system, the interior is free of the clutter you would otherwise expect from below deck purchase systems. The interior includes a fully functional galley, heads compartment, crew lockers and a seated nav station.

The winch, pedestal, hardware and hydraulics package is all Harken supplied. Two MX pedestals drive mainsheet, primary and utility winches. Hydraulic controls for the headsail trimmer include headstay, jibtack, jib in/out and up/down, whilst the main trimmer hydraulic controls include vang, Cunningham and outhaul. The Harken 3 speed pump can also be used to operate the internal mast jack cylinder as well as lift the 5.5 tonne keel as a back up to the engine driven hydraulic keel lift system. The ultra high modulus carbon rig has been supplied by Southern Spars with EC6 standing rigging and the sail inventory is from North Sails UK.

The yacht will initially be based at Seaview Marina, adjacent to the Hakes Marine facility, whilst undergoing sea trials. Due to the nature of the weather in Wellington, Oystercatcher XXVIII should receive a good working up before being shipped to the States in readiness for her first event at Key West Race Week. 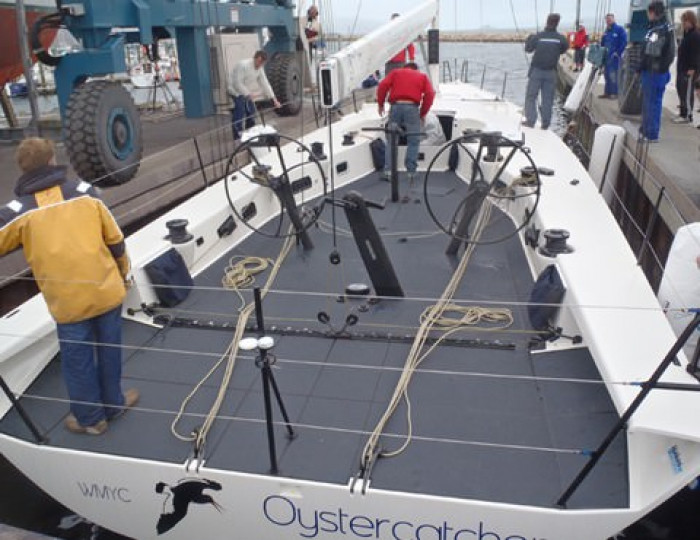 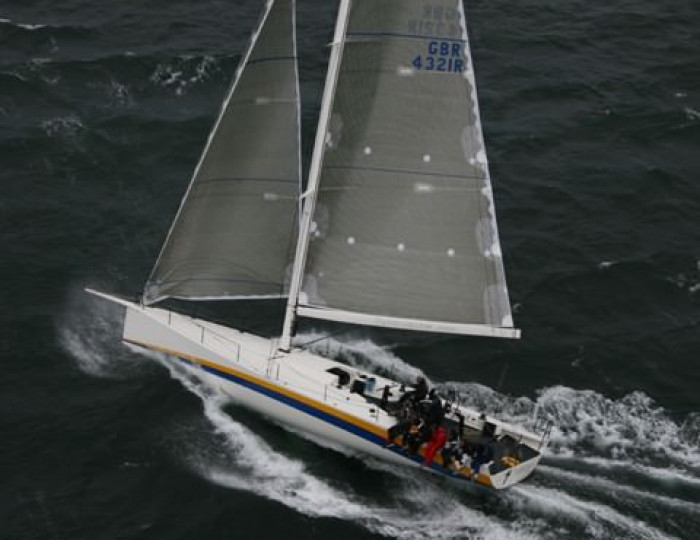